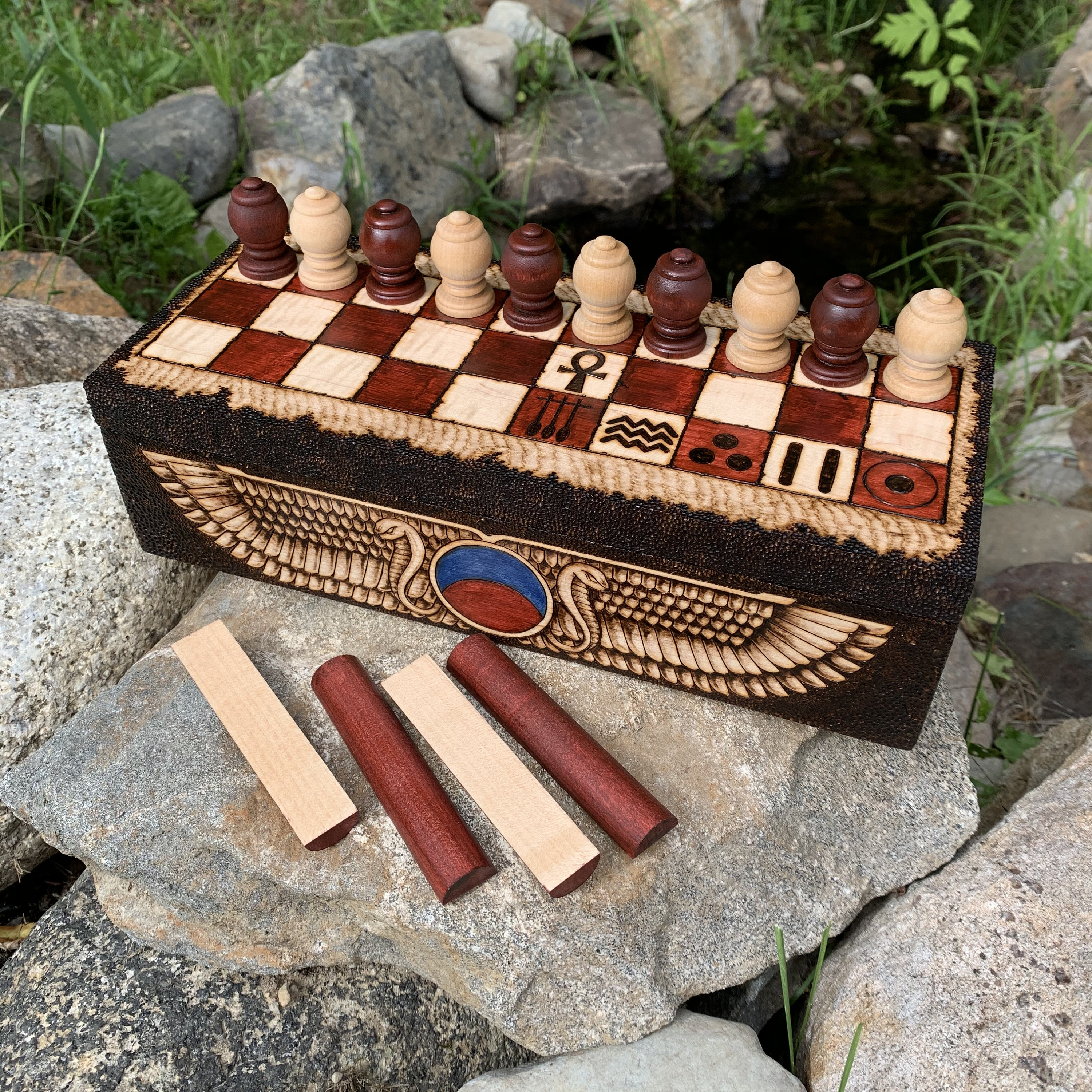 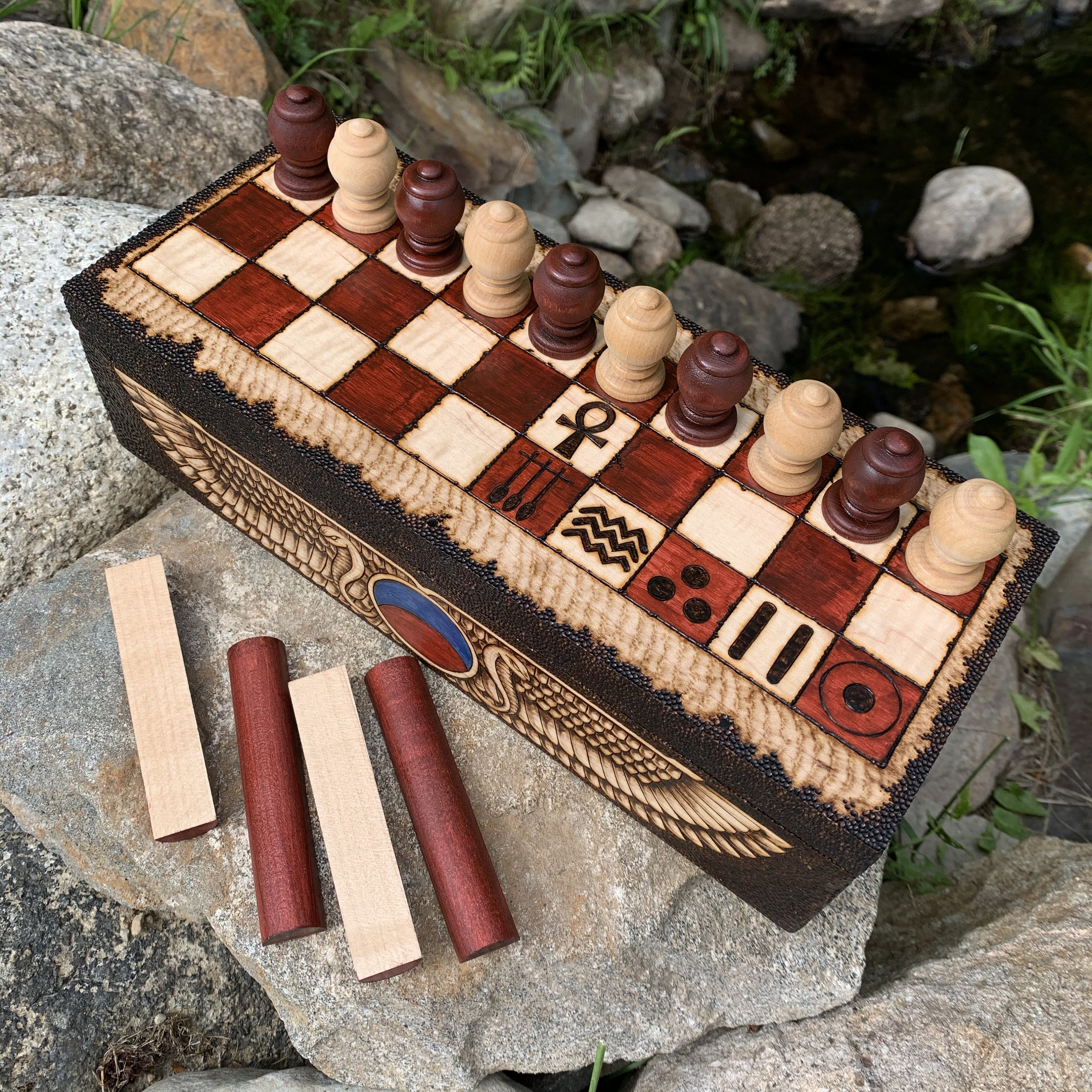 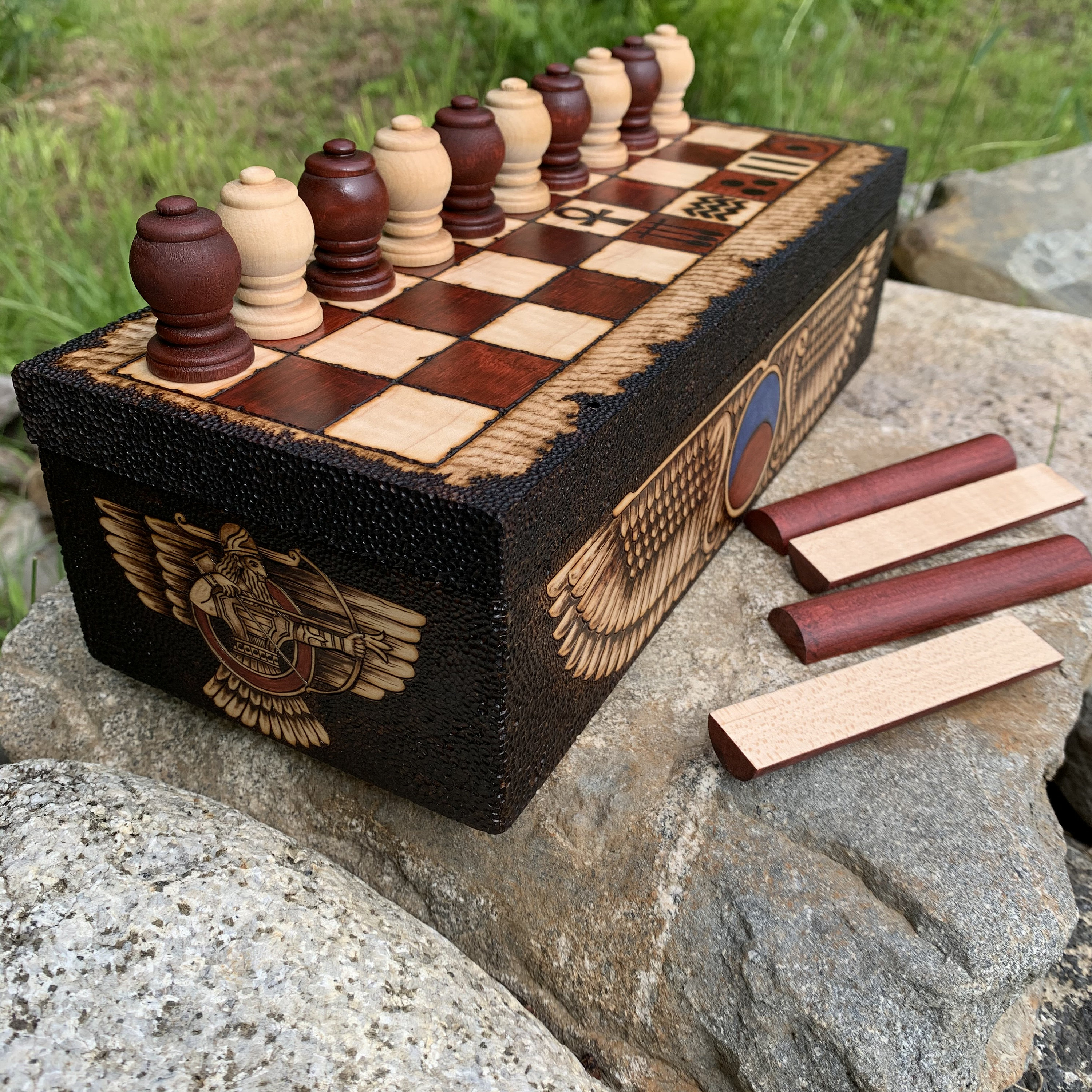 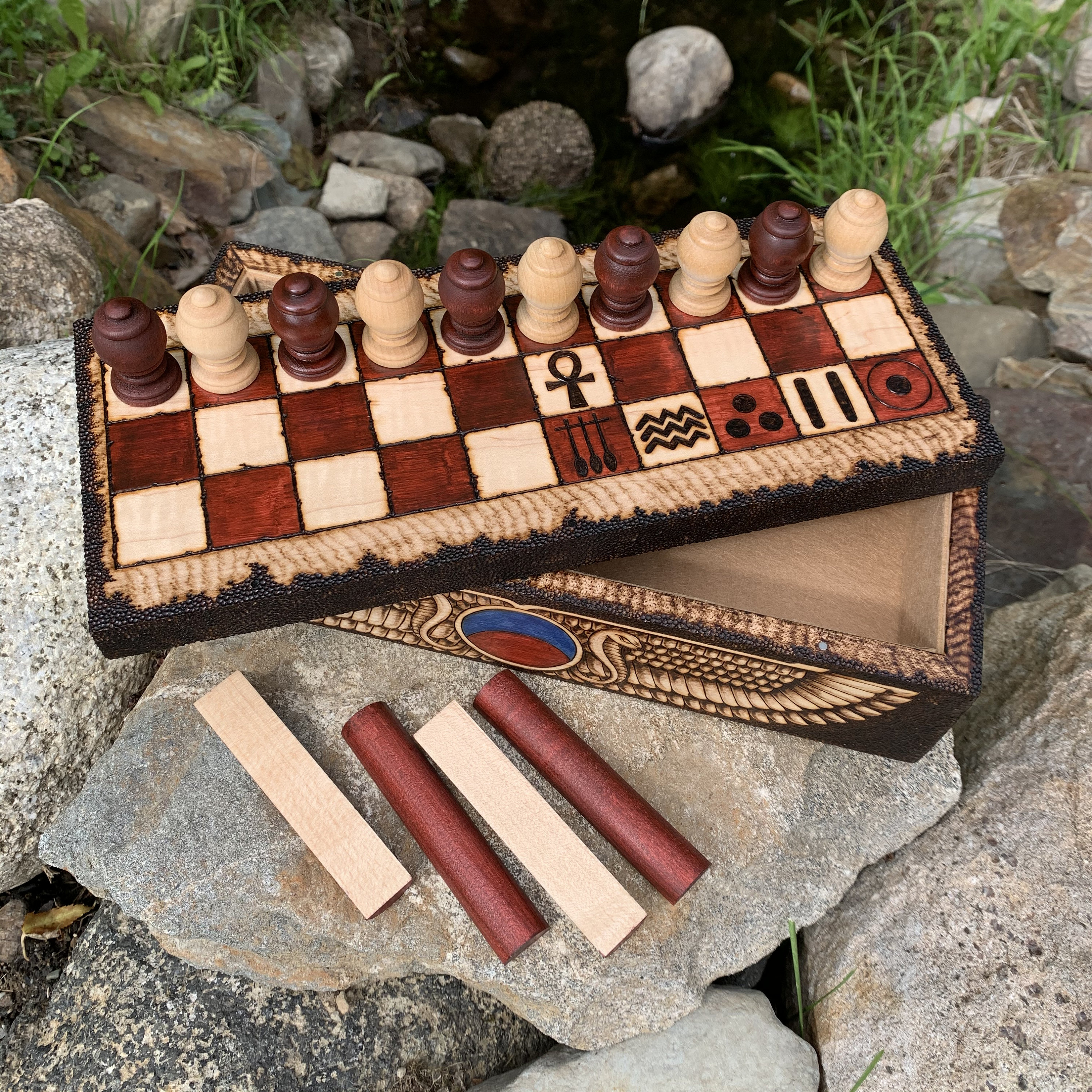 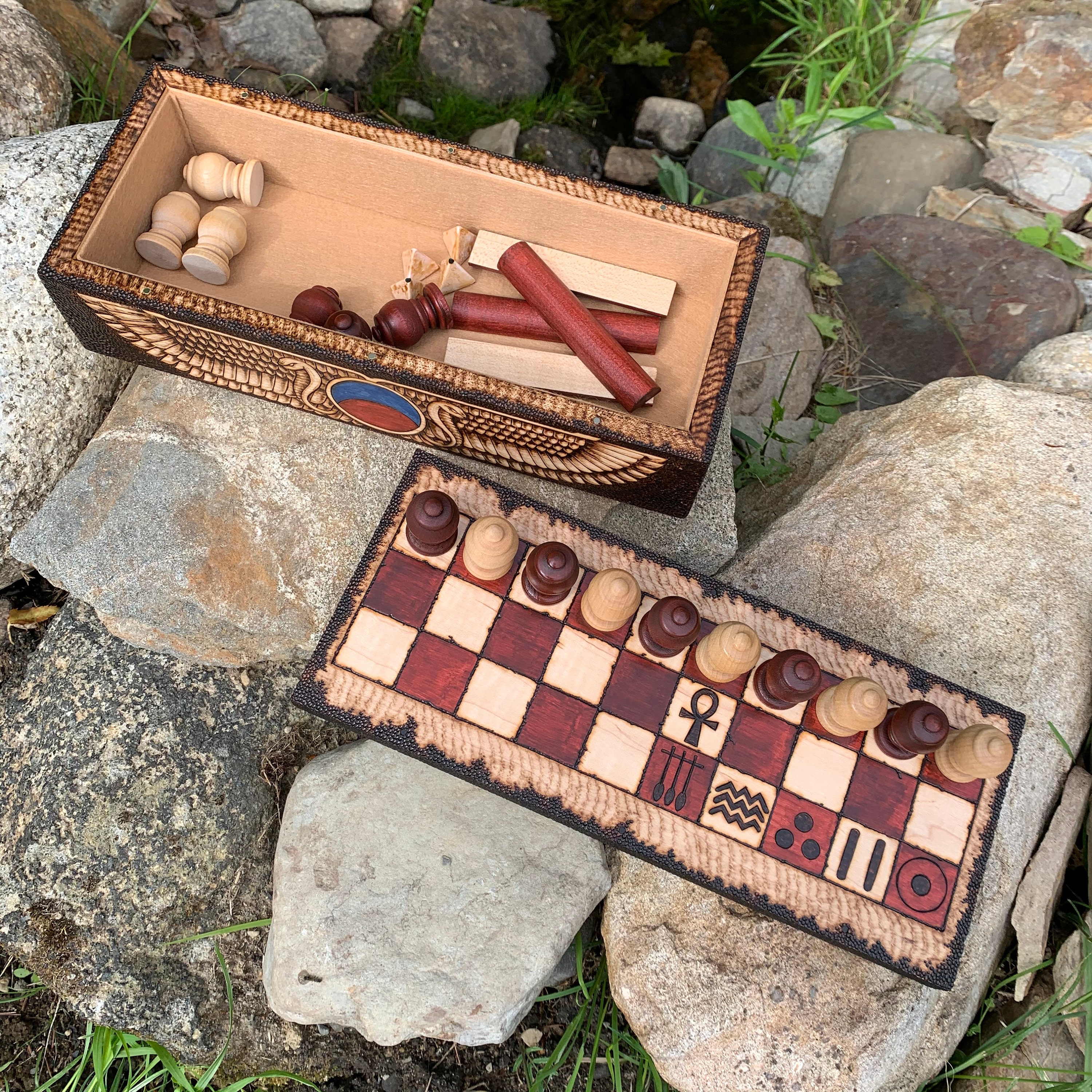 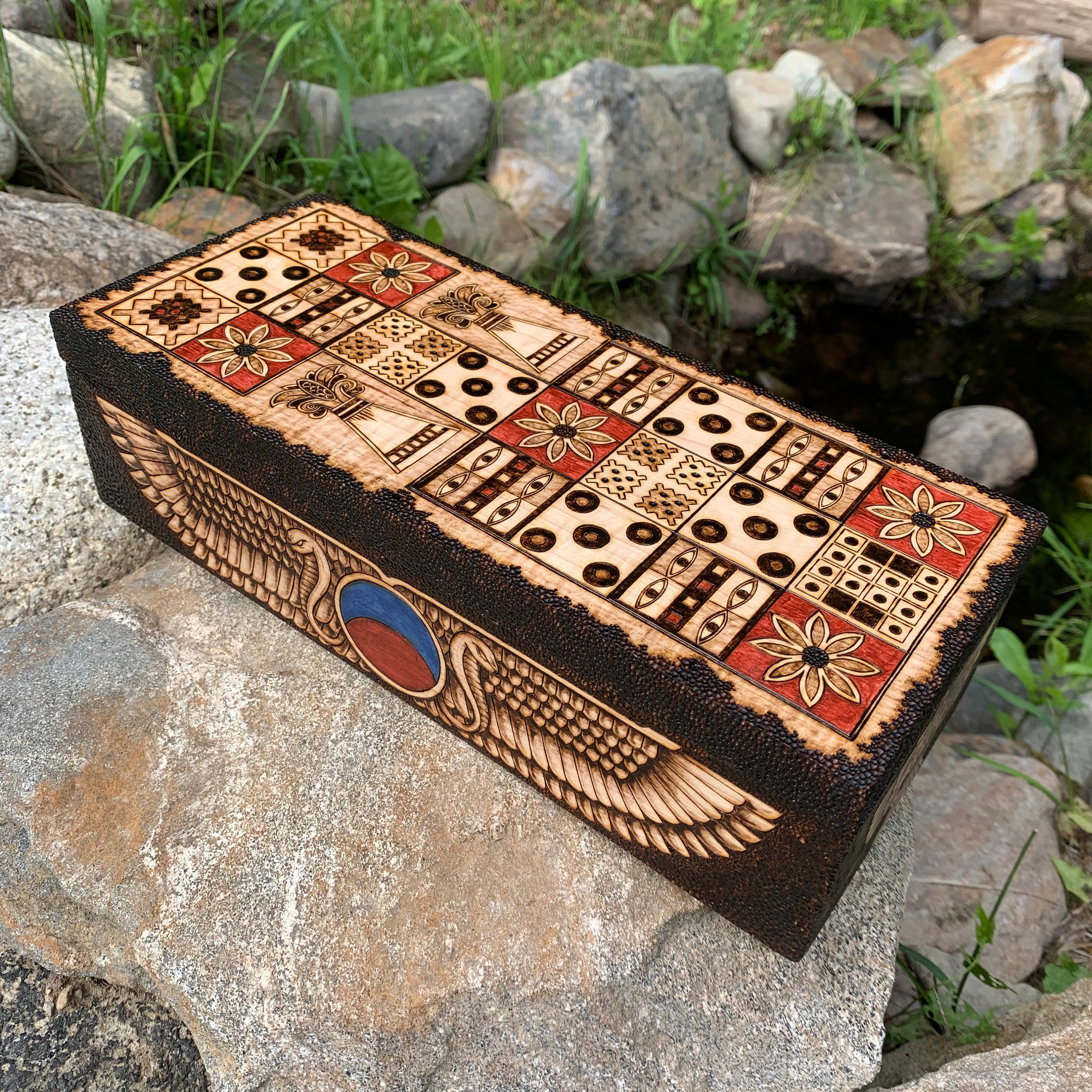 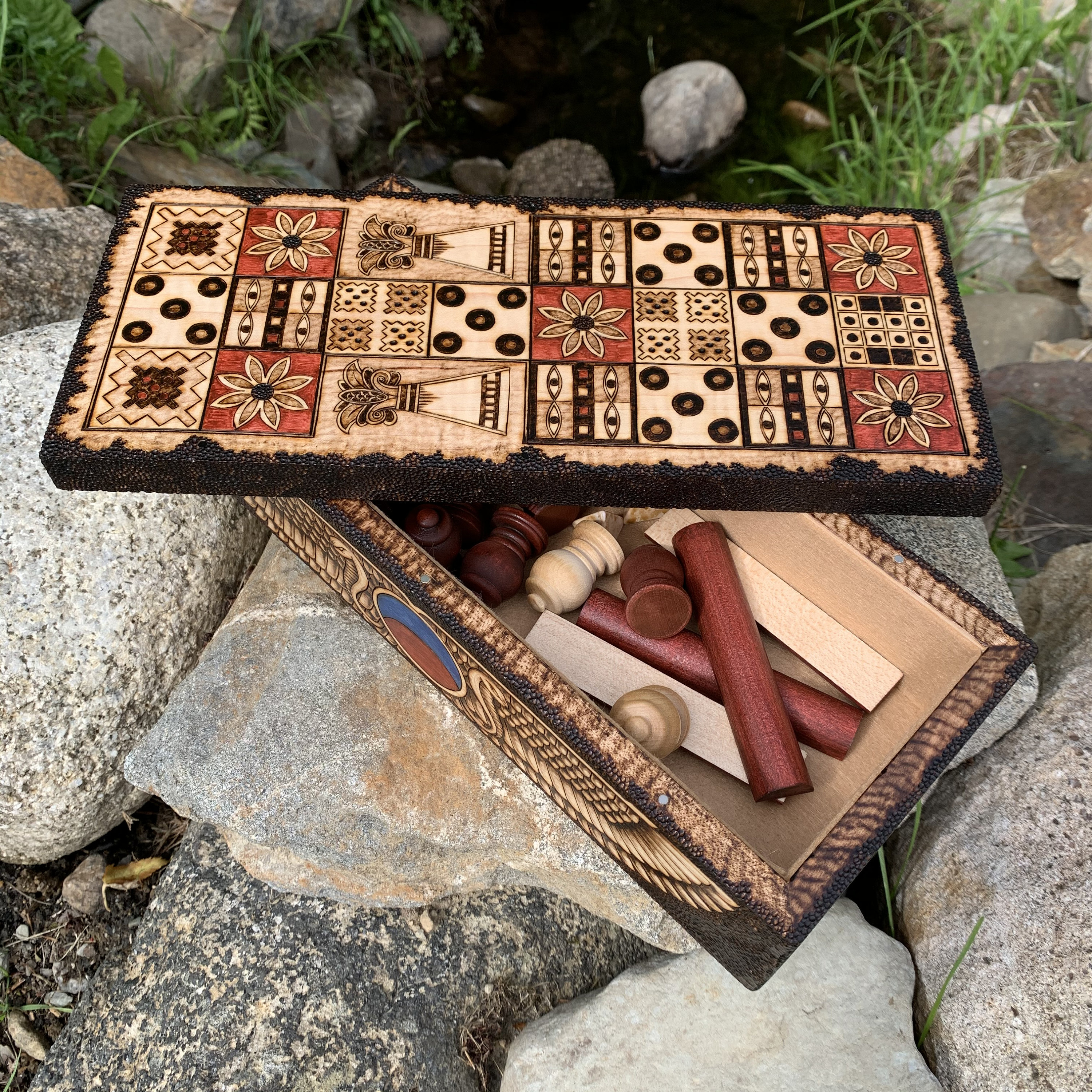 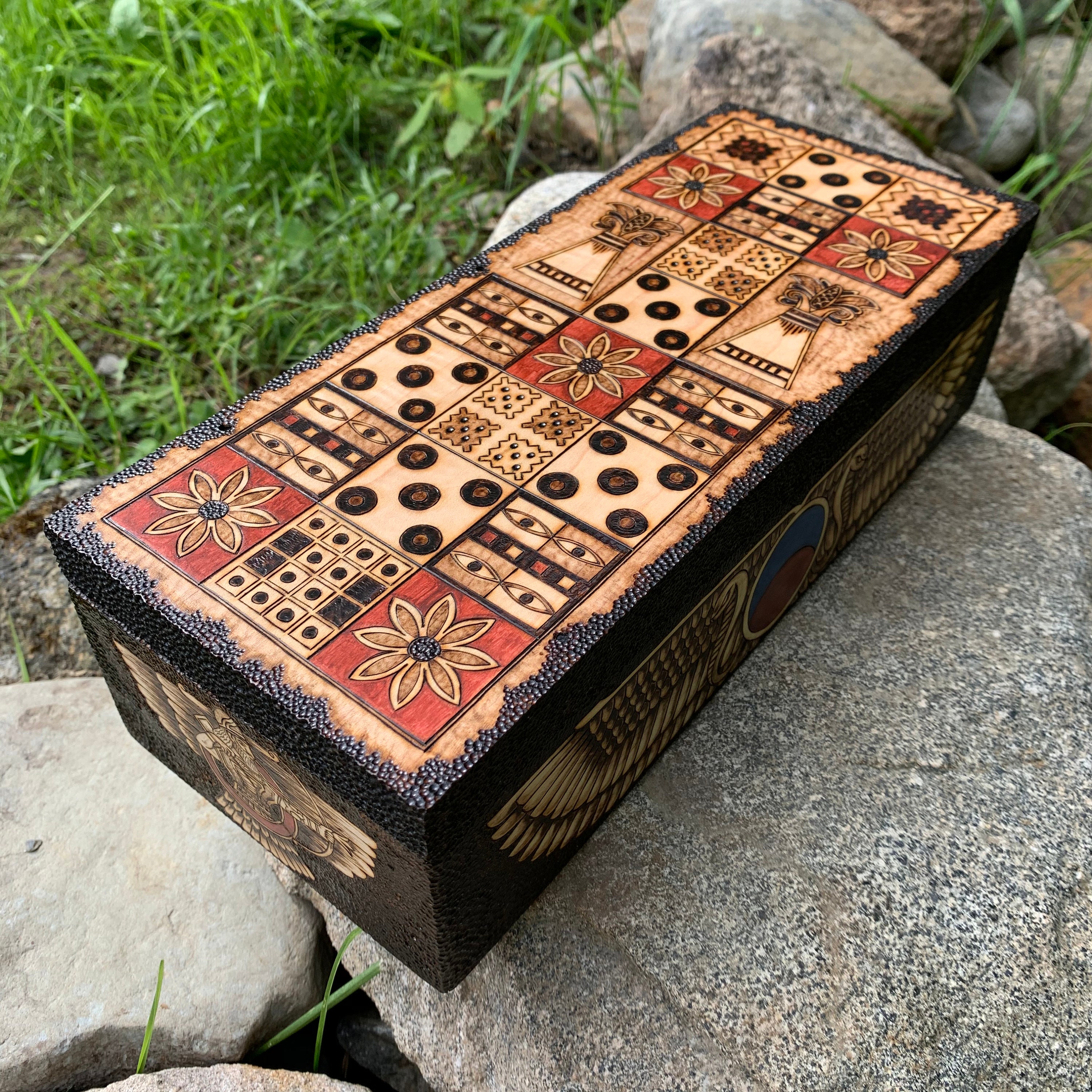 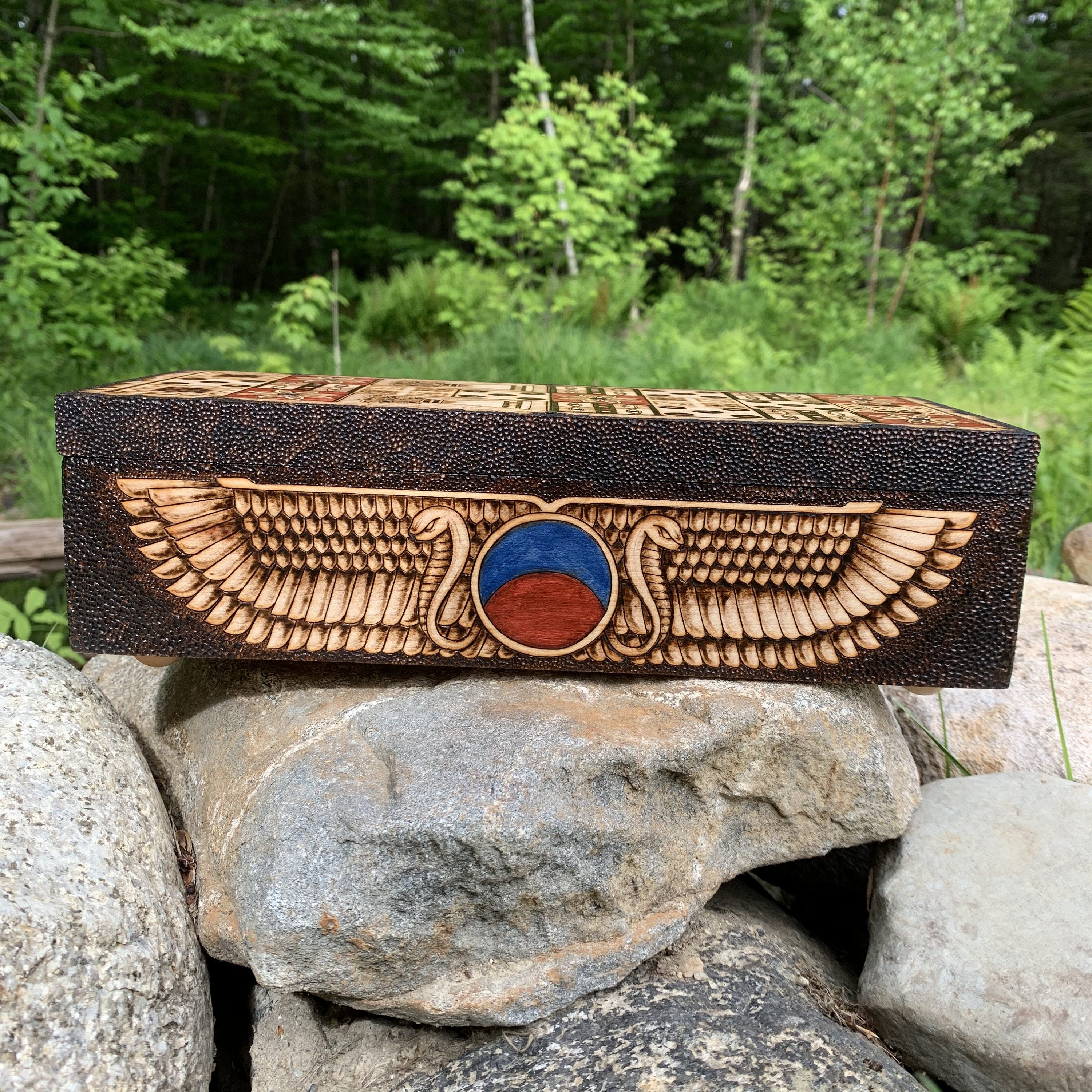 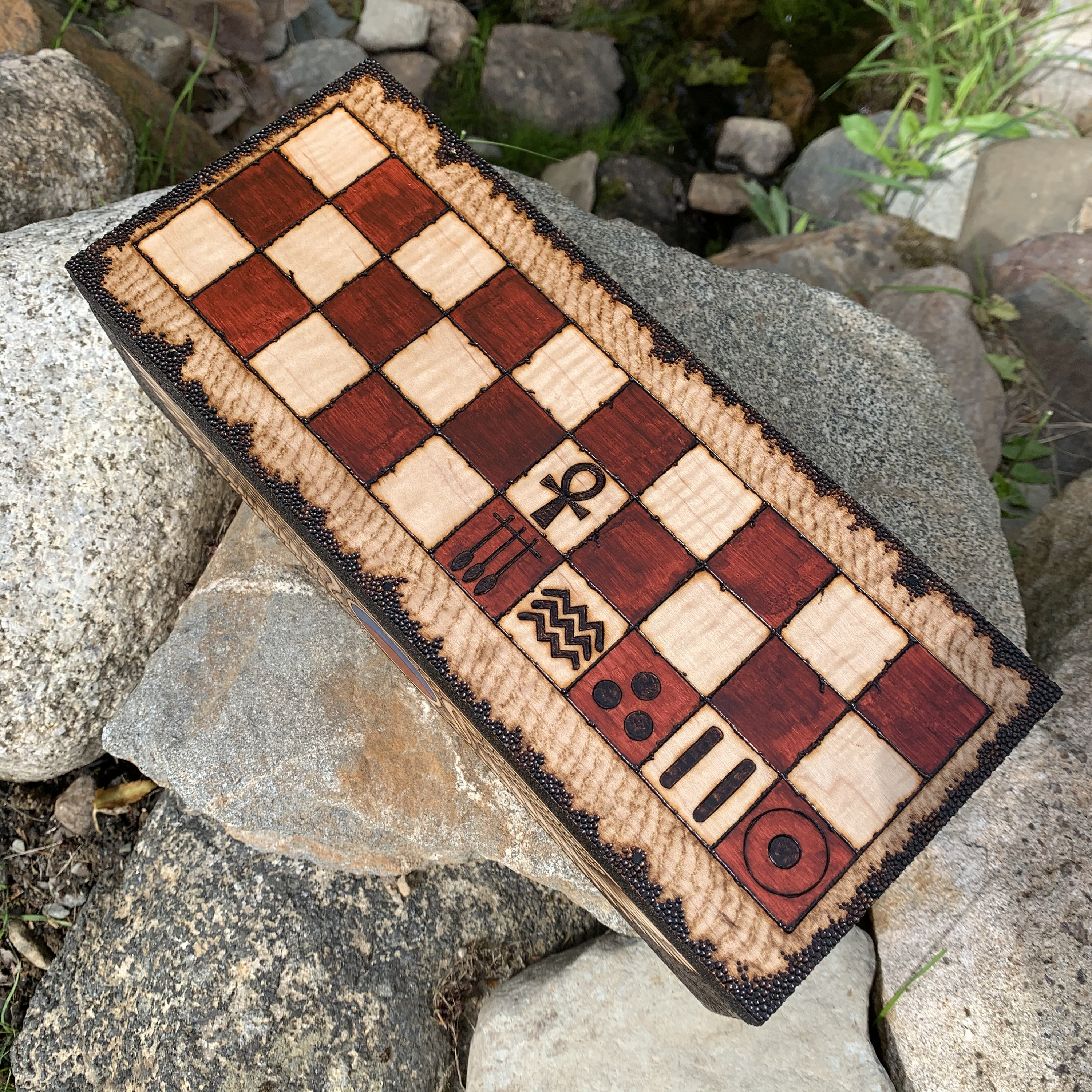 Royal Game of Ur / Egyptian Senet: Two Ancient Middle Eastern board games in one set; Decorative Box & Pieces, handcrafted - MADE TO ORDER 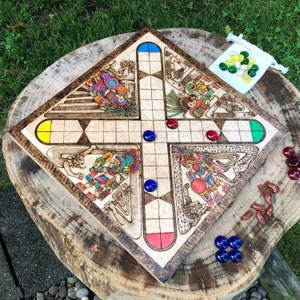 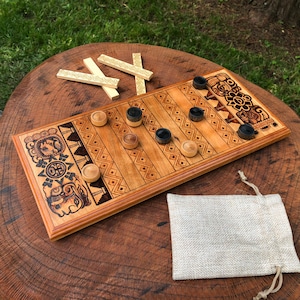 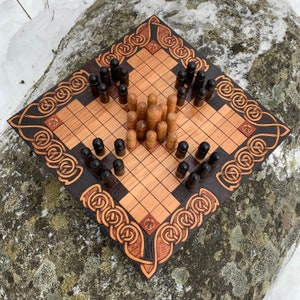